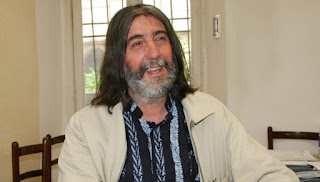 Migrants transiting through Niger after failing to make it from home undergo numerous challenges, including feelings of defeat and shame, a Catholic Priest in the West African country who interacts with the returnees on a daily basis has said.

According to Fr. Mauro Armanino, a member of the Society of African Missions (SMA) based in Niamey, many people intending to arrive in Europe through Niger never make it to their destinations and are usually forced to go back home in shame.

Fr. Armanino collected accounts of migrants who failed in their attempts to migrate to find a better life and are now in Niger waiting to return home.

In a Monday, January 23 report to Agenzia Fides, the Priest gives the testimony of Cécé, a Guinean who returned from Algeria when he found it difficult to proceed with his journey.

Cécé had been stuck in Algeria for a while, unable to leave the construction site where he found a precarious job.

In Algeria, Cécé was paid sometimes and underpaid, Fr. Armanino says, adding, “It was not worth staying any longer and so he chose to return home to find the same job he had left the year before.”

He says that there is also the feeling of shame for “what has been invested in terms of time, money, energy, dreams and regret mixed with the bitter relief of being, in spite of everything, still alive.”

For years, Niger has been an important transit area for migration from West and Central Africa to Libya and Algeria and in some cases to Europe.

“All must face the desert before reaching their destination in North African countries or before facing the Mediterranean to try to reach Europe,” Fr. Armanino says, noting that from January to May 2022, Algeria sent 14,196 migrants back to Niger.

The Catholic Priest also gives the account of Maurice and Amos who he says arrived in Niger from Sudan where they had been stuck, unable to proceed to Europe.

Both originally from Liberia, Maurice and Amos left together for Sudan “with the secret hope of reaching, via Egypt, Europe,” Fr. Armanini says.

He explains, “Maurice went to university and taught while Amos established himself as a technician in information technology. Except that in Sudan, the situation is tragic because of the resistance to the military dictatorship.”

When the two find it impossible to continue living in Sudan, they start their way back home, and find themselves living at a camp in Niamey.

Maurice and Amos live, along with James, his four children and mother, under a tent.