on May 03, 2022
Rather than rely on legal title, the institution will consider the ethical implications of owning objects, especially items of cultural heritage. 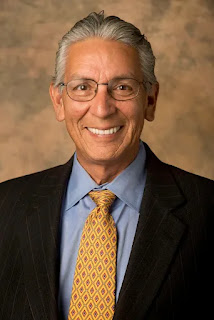 Kevin Gover, the Smithsonian's undersecretary for museums and culture: “We are not going to have the researchers go back through the catalogue cards for all 155 million objects.” (Smithsonian Institution)
BY PEGGY MCGLONE

A year after it set out to review its collection practices, the Smithsonian has decided it will allow shared ownership of items and the return of objects for ethical rather than legal reasons.

“We are codifying what is becoming contemporary museum practice. More and more, we are seeing museums sharing authority of the things we possess and their interpretation, and that requires engagement with their originating communities,” said Kevin Gover, the Smithsonian’s undersecretary for museums and culture, who noted that this approach has been used at the American Indian Museum and the Anacostia Community Museum for many years.

Last week, the Smithsonian adopted the first significant revision to its collections management since 2001. The policy outlines new “values and principles” but offers no details on how they will be implemented by the Smithsonian’s 19 museums, which are responsible for the care of more than 155 million objects, including artwork, historical artifacts and scientific specimens.
The museums have six months to craft procedures for deaccessioning and returning items for ethical reasons. The Smithsonian’s Board of Regents must approve returns that are of significant monetary or historical value.

“There is a lengthy process of consultation throughout the institution before we can change a Smithsonian directive,” Gover said. “It just takes a while. We are federal, after all. We go through all the steps any federal agency does to create a rule.”

The new policy will affect only a fraction of the collection, Gover said.

“I have heard Lonnie say, and I agree with him, that it will be less than one might expect. There might be a few high-profile cases, like the Benin Bronzes, but those will be rare. I’d be surprised if it were even 1 percent,” he said, referring to artifacts stolen in 1897 by British forces, which the Smithsonian is planning to return to Nigeria.

The Smithsonian intentionally avoided establishing “a set of prescriptive rules” for all museums, Gover said, preferring instead to allow experts at each institution to take charge. They will not receive additional resources for the work.

“We are not going to have the researchers go back through the catalogue cards for all 155 million objects,” Gover said. Officials expect that research for future exhibitions and public inquiry will generate potential returns.

Several categories, including items taken by colonial violence, human remains and sacred and funereal objects, will be most affected. Federal law already regulates the process for repatriating Native American remains from the United States, but the Smithsonian also has the remains and sacred artifacts of African Americans and people from Australian and New Zealand in its collections. These will now be handled the same way as those under federal law.

“So many things ended up in the Smithsonian’s collection that never should have left the Native American communities,” said Gover, a former director of the American Indian Museum. “What we’re saying is we have learned from our experience with repatriation and return [under federal law], and there’s no reason not to take it beyond the requirements and not apply it to other museums as well.”

The new policy will affect future acquisitions by raising the bar on what is known about an item before it is acquired. There are no current examples of acquisitions that have been abandoned as a result of the new policy, Gover said.

The procedures that will be created in the coming months will determine the success of the effort, he added.

“The fact that we’re giving back the Benin Bronzes, which are worth millions of dollars, shows that even though it can be painful, we think it’s worth it,” he said. “We will have a new, different and much more prosperous relationship between ourselves and Nigeria and the Kingdom of Benin.”
SOURCE: WASHINGTON POST
Africa Essay Washington Post