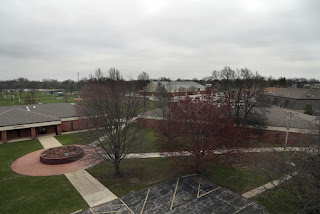 Lincoln College, which saw record enrollment numbers in 2019, said in a news release that it scrambled to stay afloat with fundraising campaigns, a consolidation of employee positions, and exploring leasing alternatives.

“Unfortunately, these efforts did not create long-term viability for Lincoln College in the face of the pandemic,” the school, which opened in 1865 in Lincoln, about 170 miles southwest of Chicago, said in the release.

Then, as COVID cases fell and students returned to schools across the country, the college was victimized by a December cyberattack. It left all the systems needed to recruit students, retain them and raise money inoperable for three months.

Lincoln’s president, David Gerlach, told the Chicago Tribune that the school paid a ransom of less than $100,000 after an attack that he said originated in Iran. But when the systems were fully restored, the school that had just over 1,000 students during the 2018-19 academic year discovered “significant enrollment shortfalls” that would require a massive donation or partnership to stay open beyond the current semester.

A GoFundMe campaign called Save Lincoln College was launched with a goal of raising $20 million but as of this week, only $2,352 had been raised. And Gerlach told the Tribune that the school needed $50 million to remain open.

“The loss of history, careers, and a community of students and alumni is immense,” Gerlach said in a statement. The school did not immediately return a call Tuesday from The Associated Press.

The school also announced that the Higher Learning Commission had approved what are called Teach Out/Transfer Agreements with 21 colleges. The school held a college fair last month to give students a chance to learn where they might want to transfer.