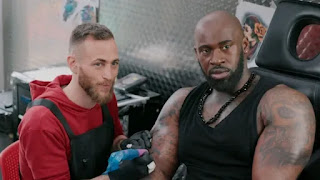 In a recent job posting, the streaming platform has said it’s looking for an experienced senior creative executive to work with its Nigeria originals team, and oversee both scripted and non-scripted content. The role will report directly into Ned Mitchell, the Los Angeles-based head of originals for Africa and the Middle East for Amazon Studios.

“You will create a welcoming ‘Home for Talent’ to include creators and artists who represent the best of Nigeria,” reads an ad for the role. “You will cultivate talent of all levels and backgrounds and elevate Nigerian voices and stories for the enjoyment of audiences in Nigeria, Africa and the world. You will ensure that Originals, and the teams working on them, include and reflect Nigeria’s diversity across gender, age, ethnicity/tribal affiliation, class, and more.”

The executive — who must be fluent in both English and Nigerian Pidgin — must have a background of either producing or executive producing, commissioning or an equivalent.

Amazon Studios is also recruiting three other roles for Nigeria across both film and television: Senior scripted series creative executive, senior movies creative executive and creative development coordinator. All four of the positions are based in London, which has the same time zone as Nigeria.

The West African nation has the continent’s largest entertainment industry, and the second biggest film industry in the world. Its entertainment sector is known globally as “Nollywood” and is valued at just over $6 billion — with potential to become Nigeria’s most lucrative export. Around 2,500 films are produced annually. While Nigerian film and TV is successful within the country and other parts of Africa, as well as the international diaspora, the challenge for many of the country’s producers has been finding mainstream success, akin to what Korea achieved with “Squid Game,” for example.

Not surprisingly, the Nigerian market has become an important territory for the streaming players. Netflix was one of the first in the ring in June 2020, striking a multi-title deal with super-producer Mo Abudu’s EbonyLife Studios. Under the deal, the streamer has so far released the movie “Òlòturé” and is getting ready to launch its first Nigerian TV show, “Blood Sisters.”

Abudu’s EbonyLife also has production and licensing deals in place with the likes of Sony, AMC Networks and Will Smith and Jada Pinkett Smith’s Westbrook Studios.

Amazon’s Prime Video has also been expanding its Nigerian content offering in the last year. In December, the company struck a multi-year licensing deal with Nigerian production outfit Inkblot Studios. Under the deal, Prime Video will have exclusive, worldwide distribution rights for Inkblot’s slate of theatrical releases from 2022. The pact marked Amazon’s first exclusive theatrical output agreement with a leading African film studio.

Apart from Nigeria, Amazon Studios is also looking to expand its creative team in South Africa, which hosts a significant number of international productions and is steadily growing its own creative economy. The group is currently recruiting a Cape Town-based senior scripted series development executive and a senior unscripted development executive.