on December 16, 2021
News agency calls for immediate release of Amir Aman Kiyaro, says he has done ‘important work on all sides’ of Ethiopia’s conflict. 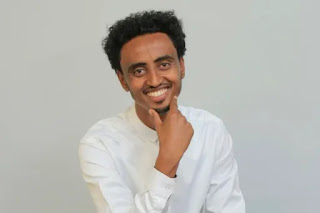 On Wednesday, AP called for the immediate release of Amir Aman Kiyaro, who it said was arrested in the capital, Addis Ababa, on November 28 after returning from a reporting trip.

Journalists working in Ethiopia face restrictions under a nationwide state of emergency declared last month by the government, which has been locked in a brutal 13-month conflict with fighters from the country’s northern Tigray region.

The declaration, valid for six months, allows suspects to be detained without trial for as long as the state of emergency lasts and allows house-to-house searches without a warrant.

The emergency rules banned the sharing of non-official information about military movements and battlefield outcomes, with residents also barred from “using various types of media platforms to support directly or indirectly the terrorist group” – a reference to the Tigray People’s Liberation Front (TPLF), which is fighting government forces.

Ethiopian police inspector Tesfaye Olani accused the three journalists of breaching the state of emergency laws by seeking to disseminate “propaganda” about the TPLF and its ally, the Oromo Liberation Army. He said their actions could be punishable by prison terms of seven to 15 years.

Images of the three journalists, as well as their ID cards, were broadcast by state media in a video report on their arrest.

“The Associated Press is extremely concerned that AP freelancer Amir Aman Kiyaro has been detained by the Ethiopian government, accused of promoting terrorism,” AP Senior Vice President and Executive Editor Julie Pace said in a statement.

“These are baseless allegations. Kiyaro is an independent journalist who has done important work in Ethiopia on all sides of the conflict. We call on the Ethiopian government to release Kiyaro immediately.”

Separately, the state-affiliated Ethiopian Human Rights Commission said on Wednesday it was monitoring the situation of four other detained local journalists, including two whose whereabouts are unknown.

In a statement on Twitter, called for the immediate disclosure of the whereabouts of both detainees to their families and legal counsel and to guarantee their visitation rights.

“The commission also reiterates that the relevant authorities should closely monitor that the state of emergency proclamation is implemented in a manner that strictly adheres to human rights principles.”

Much of the conflict-affected zones in northern Ethiopia is under a communications blackout and access for journalists is heavily restricted.
Journalists behind bars

Meanwhile, in a new report on Thursday, Reporters Without Borders (RSF) said there are 488 media professionals imprisoned around the world, the highest since the NGO began counting more than 25 years ago.

“The number of journalists detained in connection with their work has never been this high since RSF began publishing its annual round-up in 1995,” the NGO, which battles for freedom of the press, said in a statement.

The number of journalists killed went down to 46, but the 20 percent increase in imprisoning media professionals is largely due to the government crackdowns in Hong Kong, Belarus, and Myanmar.

RSF said it had also never seen so many female journalists detained, with the overall number of 60 representing a third more than 2020.

The report follows the review by the New York-based Committee to Protect Journalists (CPJ), who put the number at 293 reporters behind bars in its own report last week – a new global high.

According to CPJ, Ethiopia has imprisoned 14 journalists since declaring a state of emergency on December 2.