Why People Born Before 1, October 1960 Are Not Citizen Of The Federal Republic Of Nigeria By Birth 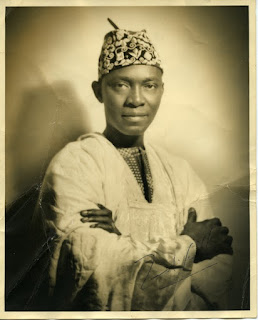 BY MICHAEL ADENIYI
OPINION NIGERIA
The section 25 of our constitution talks about Citizenship and rights to become a leader in Nigeria. Here are the criteria to verify if you are a citizen of the Federal Republic of Nigeria by birth, Section 25 (a) Every person born in Nigeria after the date of independence (October 1, 1960), either of whose parents or any of whose grandparents belongs or belonged to a community indigenous to Nigeria; Provided that a person shall not become a citizen of Nigeria by virtue of this section if neither of his parents nor any of his grandparents was born in Nigeria. (b) Every person born outside Nigeria either of whose parents is a citizen of Nigeria.

The date of independence” means the 1st day of October 1960.

Here, Colony of Protectorate of Nigeria constitution changed after independence of the Federal Republic of Nigeria? The section 25 concerning citizenship was amended how many times? do we need to invalidate section 10 of the constitution at this time? Maybe.

Colonial era (1914–1960) constitutions were enacted by order in council during the colonial era, when the country was administered as a Crown Colony. Again, thew was enough stress on Colony of protectorate of Nigeria.

The federal Republic of Nigeria constitution was born at independence, Nigeria’s first constitution as a sovereign state was enacted by a British order in council so as to come into force immediately upon independence, on 1 October 1960. Under this constitution Nigeria retained Queen Elizabeth II as titular head of state.

This was a tensition period from Colony of Protectorate of Nigeria to Federal Republic of Nigeria.

Independent Federal Republic of Nigeria’s second constitution established the country as a federal republic. It came into force on 1 October 1963 (Nigeria’s third anniversary as an independent nation). The 1963 constitution, which was based on the Westminster system, continued in operation until a military coup in 1966. 1963 brought changes such as a redesigned map, a flag that represented Nigeria, coat of arm, Federal Republic of Nigeria stamp, and so on.
Nigeria Nnamdi Azikiwe Society