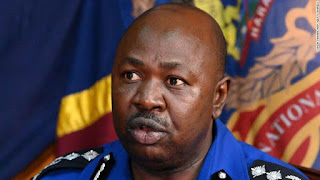 MANDERA COUNTY, KENYA (CNN) -- Kidnappers seized two Cuban doctors near Kenya's border with Somalia in a brazen attack that authorities of the East African nation say is likely linked to the Al-Shabaab terror group. A police escort officer was shot and killed in the assault.
The abduction happened Friday as the doctors headed to Mandera County Referral Hospital, where they worked. They were in a government vehicle escorted by two police officers when two cars boxed them in near the border with Somalia, the Kenya police said.

One officer was fatally shot and the attackers seized the doctors, put them in their car and drove across the border, police said. The government car that was carrying the doctors has been found and its driver taken for questioning.

Kenyan authorities did not release the names of the doctors, but the Cuba health ministry identified them as Assel Herrera Correa, a specialist in general medicine, and Landy Rodríguez Hernández, a surgeon.

Cuba's medical collaboration with Kenya started in June and involves 101 physicians who are deployed throughout the country. They work in areas that have a critical shortage of doctors and they're also helping implement a universal health care coverage.
As part of the exchange program, Kenya sent 50 doctors to Cuba to get specialized training on family health.

After the attack, the US Embassy in Nairobi issued a travel advisory warning American citizens to exercise caution due to risks of crime, terrorism and kidnapping. It urged citizens to avoid areas near the Kenya-Somalia border and the coastal region.

In November, an Italian worker was kidnapped in Kenya's coastal region by gunmen linked to Al-Shabaab.

There has been a significant increase in airstrikes in Somalia by the United States since March 2017, when President Donald Trump authorized the military to carry out precision strikes targeting Al-Shabaab. Prior to that, the US military was authorized to carry out airstrikes only in self-defense of advisers on the ground.
Africa Kenya Newsroom