EDITORIAL: Leaders Are Fighting And The Rains Are Failing 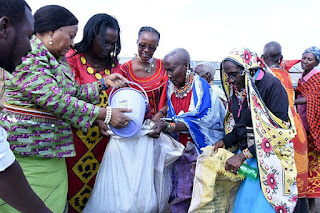 BY THE EAST AFRICAN EDITORIAL

As political tensions heated the minds of many African leaders in the first quarter of the year, East Africa and the Greater Horn of Africa slid into a mounting food crisis.

The food stocks have been shrinking and the forecasts so far are a cause for concern.

The Hague-based Climate Centre, using different models derived from multiple global climate observation points, is predicting dry conditions over most parts of the Greater Horn of Africa, well into May.

In effect, the rainy season has reached its peak without delivering much rainfall.

Bluntly put, the main farming season of the year has failed unless something dramatic happens in May.

And if there is any planning whether at the individual or administrative level to mitigate the potential fallout, the time is now.

Already, some estimates show that as many as 11 million people spread across Somalia, southern Ethiopia, northern Kenya and northern Uganda are experiencing severe food shortages.

Stir refugees into the mix and the potential danger of mass starvation cannot be overstated.

What is unfolding is a cautionary tale of the fickle nature of rain-fed agriculture as well as the wide and varied impacts of failed rains.

For weeks now, the food markets have been sending tell-tale signs that all is not well.

For urban residents, the first signs of the unfolding crisis manifested themselves in declining stocks and rising prices of fresh produce.

By March 2019, many roadside grocers were already struggling to find supplies to replenish their stocks. Many have boarded up, their meagre capital overtaken by the sharp rise in producer prices.

In reality, the unfolding crisis is more the result of a policy and management failure than the cruelty of nature.

Millions will starve not just because the rains have failed but because governments have failed to design durable failsafe mechanisms to take care of them when this happens.

The weather is cyclical and there have been so many instances of failure in the past that by now, any government worth its name should have developed policy frameworks that anticipate and provide for the biblical seven lean years.

The real tragedy therefore is the failure by governments to develop and implement comprehensive water and food security programs.

Where they have been attempted, money for projects such as water harvesting and drought mitigation has been wasted or outright stolen.

Governments have placed so much faith in nature’s bounty that in some places, slogans such as “gifted by nature,” have even been crafted.

The end result of such complacency is that in many places, the necessary safety nets and internal response mechanisms barely exist.

With so many living on the borderline of poverty, the region now faces a crisis of hungry people who need both an immediate intervention and a long-term strategy for managing emerging vulnerabilities to climatic change.
Africa Editorial Kenya Newsroom