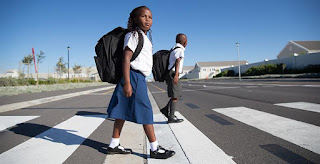 
Education is a critical component of young women’s health and empowerment programmes – but we need to be careful not to assume an immediate direct effect on HIV incidence.

What effect does keeping girls in school have on new HIV infections in South Africa? According to an analysis of longitudinal HIV incidence data from rural KwaZulu-Natal, researchers found no direct causal effect of school attendance on HIV incidence in young women using three different statistical approaches.

“Given current knowledge we should not expect keeping girls in school to automatically reduce HIV infections. More targeted measures might be needed,” say the authors in their PloS One article.

Education and keeping girls in school for as long as possible is currently considered one of the most powerful interventions for HIV risk reduction that we have. It is a central tenet of many large-scale HIV programmes, such as PEPFAR’s DREAMS initiative. But the authors note that much of the current research we have is focused on correlations that report education having a protective effect on HIV infection, as opposed to direct causation.

A few randomised control trials have compared the effect of an intervention, such as a cash transfer, on getting girls to attend school versus those who are not in school. But researchers have been unable to draw any conclusions about whether the protective effect was because of the intervention or being in school. Other studies have also looked at an effect on HIV knowledge, which could then contribute to HIV incidence – but again, this is an association, not causative.

What’s more, many of the studies look at education attainment, that is, the highest level of education received, as opposed to actual school attendance. It’s important to distinguish between the two in these contexts, as young women do move in and out of school in South Africa and may still be attending in their late twenties. Knowing when the girls were in or out of school is critical to understanding more about the risk factors that may be causing the association between HIV and education.

To conduct their analysis they started with the assumption that school attendance and HIV infection were negatively correlated (i.e. as more girls are in school, HIV infections will decline). They then used a variety of statistical models to understand causation, these include models that evaluate the sensitivity to selection; models that control for constant unobserved individual effects; and models with exclusion restrictions. All these approaches have their pros and cons, but all suggest no causation between school attendance and HIV incidence.

In their discussion, the authors comment, “Selection, i.e., unobserved factors, seems to be the main reason behind the negative correlation between school attendance and HIV infection. While it is not possible to completely rule out a causal effect, if there is one, it is probably small. We can only speculate about what these unobserved factors might be, but family background, self-control, time preferences and academic ability are possible candidates.”

More research is needed into the causative effect of HIV education on HIV incidence, without which, the authors conclude, it will be hard to draw general conclusions on their findings.