US Drops On Corruption Perceptions Index 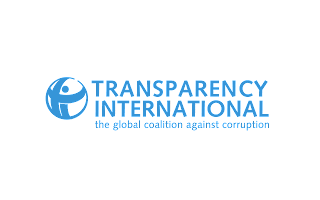 Just a week after the United States lost four points on our Corruption Perceptions Index (CPI) and dropped out of the top 20 for the first time since 2011, Freedom House gave the country a record low score in its Freedom in the World Index for the second year running.

This highlights a dynamic we’ve been talking about a lot recently – the clear link between corruption and the health of democracies. No full democracies – as defined by the Democracy Index – score less than 50 on the CPI.

In 2016, the US was downgraded from a full to a flawed democracy, as part of a gradual downward trend which started in 2008. The country's decline in CPI score is a further red flag and comes at a time when the US is experiencing threats to its system of checks and balances, as well as an erosion of ethical norms at the highest levels of power. If this trend continues, it would indicate a serious corruption problem in a country that has taken a lead on the issue globally.

In 2017, we conducted a public opinion survey and found that nearly six in 10 Americans believed that the US was more corrupt than the previous year, with the White House considered the country's most corrupt institution.

Americans know corruption is a problem – something perfectly summed up by a (fictional) response to the CPI in a US satirical news outlet, The Onion: “I wonder if this is because of all the corruption.”

Unfortunately, corruption seems to be low on the priority list of the current administration. It wasn’t mentioned in this week’s State of the Union address, except to criticise other governments or to characterise oversight attempts as “ridiculous partisan investigations”.

The good news is that there has been a rise in civic activism in the US, and more political engagement. New voices in Congress are also bringing the issue to the fore, as we saw in a much-reported hearing this week.

To tackle corruption in the US, Washington must overcome its current intense polarisation. Achieving that will require Americans from across the political spectrum to call for change.