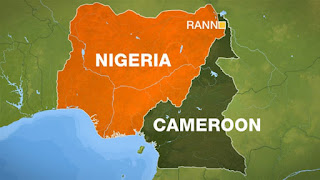 Fears of renewed attacks by the armed group prompt the exodus of more than 30,000 people from the Nigerian town of Rann.


RANN, BORNO (AL JAZEERA)--More than 30,000 people fled the Nigerian town of Rann over the weekend amid fears of renewed attacks by the Boko Haram armed group, according to the United Nations refugee agency.

UNHCR spokesman Babar Baloch told reporters in Geneva on Tuesday the town's population "seems to be panicking and they are on the run as a pre-emptive measure to save their lives."

Rann, near the border with Cameroon in northern Borno state, already saw an exodus of about 9,000 people earlier this month to Cameroon after a Boko Haram attack on January 14 killed 14 people.

Baloch said Cameroon sent back the 9,000 refugees and initially deployed troops that are part of a multinational taskforce to protect the town.

"It was a bit peaceful, but as far as we understand now, that multinational taskforce has left," he said.

Refugees told aid workers that Boko Haram fighters had "promised to return to Rann", he said, explaining the panic.

Baloch said UNHCR was reiterating its call to Cameroonian authorities "to keep the borders open, as we see thousands fleeing every day".
Tough living conditions

Baloch said a recent upsurge in violence in northeastern Nigeria had driven more than 80,000 civilians to seek refuge in already crowded camps or in towns in Borno state, "where they are surviving in tough living conditions".

Rann, he said, had already been housing about 80,000 displaced people.

"The escalation in the conflict has thwarted people's intention of returning to their homes," he said, adding some refugees who attempted to return home from Cameroon had been displaced multiple times inside Nigeria or forced to become refugees again in Cameroon.

"The hostilities have strained humanitarian operations there and forced aid workers to pull out from some locations," he said.