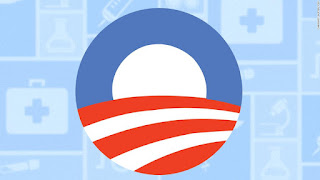 The roughly 1 percent increase could feed into the Democratic argument that the Trump administration is trying to “sabotage” coverage for millions. The administration said the proposal is intended to improve the accuracy of a complex formula that affects what consumers pay for their premiums.

Premiums under the health law were basically stable this year after several sharp annual hikes. President Donald Trump, who once predicted “Obamacare” would “implode” or “explode,” took credit for calm insurance markets. He said it reflects his administration’s management skills. In his first year in office, Trump tried unsuccessfully to repeal the health law and then rescinded a major insurer subsidy, triggering a wave of premium increases.

The latest details were in a 300-page proposed regulation released Thursday afternoon by the Centers for Medicare and Medicaid Services.

The agency said the reason for the change is to more accurately calculate premium subsidies under the law. About 10 million people who don’t get health insurance on the job purchase individual policies under the ACA, and roughly 9 in 10 receive taxpayer-provided assistance with their premiums.

The administration is also proposing to require insurers that cover abortion to offer a “mirror” plan that does not. The health law allowed insurers to offer coverage for abortions provided they collect a separate premium to cover the cost. Many states, however, have enacted laws that prevent ACA plans from covering abortion.

A prominent Democrat criticized the administration’s move on premiums.

“Today’s proposed rule deliberately and needlessly increases premiums and will result in too many Americans losing access to health coverage,” Sen. Ron Wyden of Oregon said in a statement. “The Trump administration continues to fan the flames of uncertainty while families pick up the check.”

In the regulation, the administration estimated that the government would save about $900 million a year on subsidies, and that 100,000 consumers would drop their coverage.

Democrats see health care as a winning issue for them, and one of the main reasons they won control of the House in last year’s midterm elections. The Trump administration’s refusal to defend protections for people with pre-existing medical conditions in a lawsuit seeking to overturn the law put Republican candidates across the country on the defensive.

The proposed regulation is open for public comment for 30 days.
Health Obamacare Society