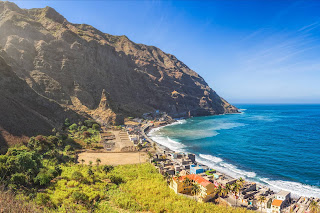 
Praia, Cape Verde – Cape Verde’s prime minister on Tuesday invited investors to tap into the conditions of stability, trust, good governance, location and external positioning of Cape Verde to invest in the country said at a conference.

With the motto “Building new partnerships for the sustainable development of Cape Verde”, the conference has been taking place between Monday and Wednesday in Paris.

He invited investors to take advantage of Cape Verde’s conditions to “invest profitably in the country as it offers access to West African markets and other nearby markets in the Mid-Atlantic (…) in the areas of tourism, transport, blue economy, renewable energies, digital economy, industry and financial services.”

At the beginning of the meeting, the prime minister recalled that “since independence, Cape Verde has made a journey that has always counted on the cooperation of development partners.”

Given that many of the countries that supported, and support Cape Verde are represented at this conference, such as Portugal and Luxembourg, and institutions such as the European Union or the World Bank, Prime Minister Silva acknowledged and thanked their cooperation.
Cape Verde Conde Nast Society Trave1