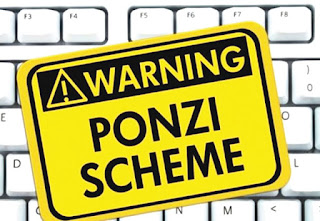 Financial experts have described Ponzi schemes as a big threat to further investment in the nation’s capital market.

According to them, the instant and enticing returns from Ponzi schemes are driving investors away from the capital market because people are looking to make quick money to boost their purchasing power and meet their short-term needs.

They stated that strategies to curb illegal gambling might be more effective in discouraging participation in Ponzi schemes than traditional approaches.

A Ponzi scheme, according to www.investopedia.com, is a fraudulent investing scam promising high rates of return with little risk to investors.

The Nigerian investing public lost N11.9bn to the Mavrodi Mundial Moneybox Ponzi scheme, according to the annual report of the Nigeria Electronic Fraud Forum which was unveiled last year.

Several reports have been issued on the amount of money that has been lost to similar Ponzi schemes, yet some Nigerians still participate in them.

An economic development and political economy analyst, Mr Ebehi Iyoha, said, “The media has documented these developments, dutifully pointing out Nigerians’ gullibility, but something about this characterization does not quite ring true.

“In a country where being ‘sharp’ and streetwise are hailed as a virtue, it is hard to understand why millions of people would be repeatedly conned by various versions of the same scam. Are people really victims or are we victimizing each other?”

The Managing Director, Afrinvest Securities Limited, Mr Ayodeji Ebo, said Ponzi schemes could be a drag on the growth of the Nigerian capital market.

According to him, investor education plays a vital role because every individual within the country is either an investor or a potential one faced with different choices to channel disposable income.

Ebo said, “Thus, due to the irresistible returns promised by these schemes, the capital market loses out on these potential investors. However, investor education plays a salient role in the process of making choices. A savvy investor is more likely to reject a Ponzi scheme for the capital market.

“That said, the proliferation of Ponzi schemes will impact negatively on the capital market.

“The regulators should intensify efforts in enlightening the populace on the danger of investing in Ponzi schemes.”

The Director General, West African Institute for Financial and Economic Management, Prof. Akpan Ekpo, said Ponzi schemes were thriving as a result of the desperation of people to make money.

He described the schemes as dangerous to the capital market and the economy as a whole.

He said, “Ponzi schemes are not something to recommend to any government to allow in any country. Nigerians just want quick and huge returns. The Central Bank of Nigeria has, in the past, issued various circulars warning people to desist from unwholesome financial engagements in all Ponzi schemes, but to no avail.

“People do not listen because they think they can make quick money and get out, not knowing that once you get in, it becomes intoxicating and very difficult to exit. Many people have been duped this way.”

Ekpo added that the government should create more awareness campaigns on the negative effects of Ponzi schemes.

A social media poll conducted by our correspondent showed that many people might have learnt from the MMM crash, but some are still participating in Ponzi schemes with a lot of caution.

Fifty-three per cent of respondents said they would invest in the capital market, while 47 per cent preferred to participate in Ponzi schemes.

Some Facebook users said they were learning new strategies to play the game better, such as not putting in more money than they would be willing to lose and not participating in any scheme for more than a few months and cashing out at a favourable time.

A Facebook user, Tola Williams, explained that the unstable state of the capital market made it no different from Ponzi schemes.

“Besides, the government needs to do more in the creation of jobs. How can a graduate be idle for eight years simply because there are no jobs and they say education is the key; key to what?

“All these regulators can comfortably make laws because they are employed; they really do not know what people are going through because they walk pretty in fancy suits and good cars. Their children do not know struggles or poverty.”

Williams stated that unemployment was a major reason for increased participation in Ponzi schemes, adding that more had to be done to create jobs for people.Copyright PUNCH.

All rights reserved. This material, and other digital content on this website, may not be reproduced, published, broadcast, rewritten or redistributed in whole or in part without prior express written permission from PUNCH.