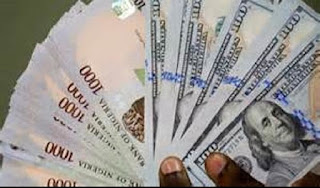 ABUJA (NEWS AGENCY OF NIGERIA)--The Economic and Financial Crimes Commission(EFCC) has boosted the Federal treasury with the sum of N1.37 billion, which no one stepped out to claim since August.

The money which was kept at Heritage Bank Pls under the name of Secure Electronics Technology Limited, was seized by the EFCC, following an intelligence report from a whistleblower.

The company in whose possession the funds were found did not lay claim to them and it surrendered them for forfeiture.

In an affidavit in support of the application, the applicant stated that “Heritage Bank did not provide any legitimate explanation for the above transactions (involving the sums) and consequently returned the said money through 16 separate bank drafts issued in favour of the EFCC Recovered Funds Account.”

Justice Obiozor, in his ruling on August 15 , 2018, had ordered the interim forfeiture of the monies, which were reasonably suspected to be proceeds of unlawful activities, to the Federal Government.

In line with the court order of August 15, 2018, the EFCC had published the interim forfeiture order in the Nation newspaper of August 21,2018 for the correspondents or anyone interested in the money to show cause why the funds should not be permanently forfeited to the Federal Government.

At the hearing on Tuesday, November 13, 2018, the applicant, through its counsel, Ekene Iheanacho, said the respondent had not shown up to lay claim to the money, despite being served with the earlier interim order of forfeiture, motion for final forfeiture and hearing notices on the action.

He , therefore, urged the Judge to order the funds to be permanently forfeited to the Federal Government.

In his ruling, Justice Obiozor held that ” the applicant has proved on the balance of probabilities that the funds recovered from the respondents by the applicant were reasonably suspected to be proceeds of unlawful activities.”

The Judge, therefore, ordered that the various sums of money be permanently forfeited to the Federal Government
Corruption EFCC EFCC Report Nigeria Society