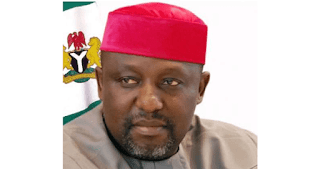 The presiding Judge, Justice Goddy Anunihu, in his ruling on the matter also directed the Speaker of the House and the Imo House of Assembly who were the first and second respondents, to pay the applicants their salaries, allowances and emoluments for the period they were suspended.

Delivering judgment, Anunihu, who described the action of the Assembly as ‘putting the cart before the horse’ added that the allegations leveled against the four suspended members were vague and that the suspended lawmakers were not given a fair hearing on the matter.

He ruled that the House should have deferred the matter to listen to the affected members before suspending them.

He also ruled that the suspension of the members was a gross violation of the rights of the constituents of the suspended members and violated their rights to fair hearing.

One of the reinstated lawmakers, Nnataraonye, in a telephone conversation shortly after the judgment said, “I have already moved in and resumed duties. I am in my office as I speak. This is a victory for democracy and rule of law, it shows that our judicial system is a place of justice.”
Also reacting to the ruling, the counsel to the applicants, Barr Mike Ohanaka said the ruling was well thought out and very just.

Recall that the four lawmakers were suspended by the assembly on June 27, 2018 over alleged unparliamentary conduct.