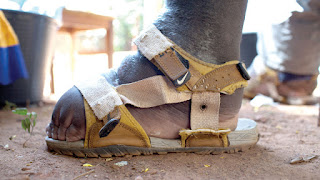 (GUARDIAN NIGERIA)--There is a renewed hope for over 400 million Africans and 128.3 million Nigerians seeking treatment for Lymphatic Filariasis (LF), commonly known as elephantiasis.

This followed the discovery of Iron Deficiency Anaemia (IDA), a new triple drug therapy with the potential to reduce treatment period, and break transmission of LF from at least five to two years.

With no fewer than 100,000 cases per year in Nigeria, infected mosquitoes whose bites deposit a parasite that travels to the lymph system spread Lymphatic Filariasis.

The disease, which is a major public health concern in the country, impairs the lymphatic system and could lead to the abnormal enlargement of body parts, severe disability and social stigma.

It also increases the risk of frequent bacterial infections that harden and thicken the skin (elephantiasis).

The therapy piloted yesterday in Kenya with the support of a consortium of International partners including World Health Organisation (WHO), is expected to save up to $160 million in health treatments.

The new IDA treatment adds the delivery of ivermectin (IVM) to form a triple therapy that studies have shown to deliver a shorter, more cost-effective programme.

According to a statement made available to The Guardian by Kenyan Ministry of Health, the new approach would have significant implications for the improved health of communities, and contribute to the strengthening of health systems across the continent.

“With a reduced timeframe for treatment, the burden of LF on the population receiving IDA would be alleviated and the time and resources of trained health workers freed up to focus on other public health issues.

“This will undoubtedly support efforts to achieve universal health coverage in Kenya, and offer guidance to other countries eligible for IDA treatment,” the statement reads.

The statement added that as one of the most common causes of long-term and permanent disability globally, LF is a threat to communities beyond health implications.

It explained that it causes significant social stigma and deprives those suffering from the disease the dignity and opportunities that underpin a productive life.

It added: “The highly visible symptoms, including extreme swelling of limbs, breasts and external genitalia; also encourage a high degree of social exclusion and leave those with LF often unable to perform daily tasks.

These include attending school or work, or taking care of basic hygiene and health needs, thus putting them at a higher risk of long-term poverty.

The statement revealed that globally, 856 million people are at risk of LF, with almost half of them living in Africa.
Health Kenya News Desk Society The Guardian