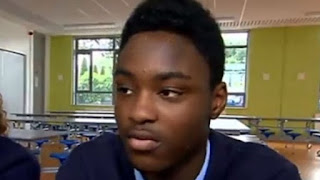 BY CARL O'BRIEN
THE IRISH TIMES

Homeless campaigner Alice Leahy has been named as humanitarian of the year at an Irish Red Cross awards ceremony.

“She has developed an unrivalled understanding of the needs of those on the margins of society and during every day of her working life she has implemented practical measures to help combat social exclusion,” Mr Carey added.

Ms Leahy, director and co-founder of the Alice Leahy Trust - a support centre for homeless people - has been working to secure better services for vulnerable people since the mid-1970s.

Students at Tullamore College who campaigned to revoke the deportation order of their friend Nonso Moujeke were also recognised at the Irish Red Cross Humanitarian Awards.

The Offaly teenager was facing deportation to Nigeria earlier this year despite having lived in Ireland since he was two years old.

The Department of Justice confirmed last month that its deportation order had been revoked and the Tullamore residents had been given permission to remain in the State.MH,

In its citation, the Irish Red Cross said the students’ social media campaign and petition to reverse the decision secured more than 22,000 signatures and attracted local and national media coverage.

“The school galvanised not just the local community, but their voice was heard on an international stage as they received messages of support from all over the world,” said the charity, which awarded the pupils with its “student initiative award”.

Guardian journalist Maggie O’Kane was named as winner of the Irish Red Cross journalism excellence award for her work highlighting injustice around the world.

In recent times, she has helped establish an independent charity charged with the abandonment of female genital mutilation worldwide by 2030.

As well as her ongoing journalism and film work, she now trains young journalists across Africa.

FoodCloud, which distributes surplus food to charities and community groups, was named as winner of the innovation for change award.

The Irish Red Cross said the organisation had diverted thousands of tonnes of food from landfill and helped ensure that good food goes to those who need it.

Aviva was named as winner of its “corporate impact category” for facilitating its employees to contribute their time and skills to local communities.

Pat Hume was also presented with a lifetime achievement award in recognition of her decades of public service to the people of Derry, while the Irish Defence Forces received a special honour for their peacekeeping work.