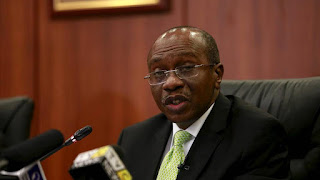 ABUJA (THE GUARDIAN)--Owing to discrepancies in official figures, the Central Bank of Nigeria (CBN) and the African Institute for Remittances (AIR) have kicked off a training leading to a household survey for ascertainment of remittances from Nigerians abroad. The study holds in the first quarter of next year.

Sponsored by the World Bank and the African Union (AU), the exercise is to address the disparities in the figures churned out over time by the global financial institution and top government functionaries.

The World Bank and CBN had put the yearly financial inflows at $22 billion, a figure that was contested by former Senior Special Assistant to the President on Foreign Affairs and Diaspora, Mrs. Abike Dabiri-Erewa. She put hers at $35 billion as at end of 2016.

The erstwhile House of Representatives member for Ikorodu Federal Constituency of Lagos State gave out the information late 2016 during a courtesy call on the chairman of the Federal Inland Revenue Service (FIRS), Mr. Tunde Fowler, to seek ways Nigerians in the Diaspora could get tax incentives to make them invest more locally.

She had said: “In 2016, Nigerians living abroad remitted $35 billion. This is the highest in Africa and the third largest in the world.”

But opening the programme yesterday in Abuja, the CBN Governor, Godwin Emefiele, avoided the debate, mentioning only African and global figures. He, however, admitted that remittances by Nigerians were highest on the continent and fifth in the world.

Represented by the Director of Statistics Department, Dr. Mohammed Tumala, Emefiele noted: “Remittances contribute substantially to foreign earnings and household finances in most developing economies. Money sent home by migrant workers is among the major financial inflows to developing countries and in some cases, it exceeds international grants.”

He continued: “According to the World Bank, global remittances have risen gradually over the years to about $613 billion in 2017, out of which $72 billion was received by African nations. As a recipient country, Nigeria ranks highest on the continent and is among the top five globally.”

The CBN chief executive submitted that the survey would engender quality data and better decisions.
Nigeria Society The Guardian