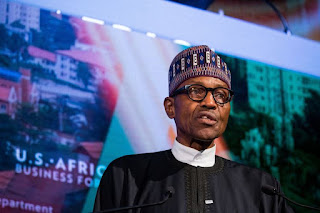 ABUJA (BLOOMBERG) -- As Nigeria heads toward general elections in February, it’s in a race to stamp out the bane of the voting system in Africa’s biggest democracy: rigging.

Ballot snatching and buying, underage and multiple voting, falsifying results and the suppression of turnout in opposition areas are among the abuses the National Assembly is trying to tackle with new legislation. The bill, passed last month, emerged from talks among the presidency, lawmakers and civic groups. As it awaits President Muhammadu Buhari’s signature, time is running out.

“We put a lot of work into the bill and we believe a lot of the provisions are positive,” said Clement Nwankwo, the chairman of Situation Room, a coalition of 71 civic organizations monitoring the election process. “If it’s not signed now, there’ll really be worries.”

With state power seen as the shortest route to wealth in Africa’s biggest oil producer, the competition to gain office has intensified since military rule ended in 1999. To counter malpractices, the electoral commission introduced biometric voter-card readers in 2015, when Buhari became the West African nation’s first opposition candidate ever to win power through the ballot box.

“The card reader has reduced the broad-daylight rigging of elections,’’ said Idayat Hassan, the executive director of the Centre for Democracy and Development in Abuja, the capital. “The trend now is to buy votes, disrupt elections in opposition strongholds, which often leads to an inconclusive election.’’

The new law requires that voters be biometrically verified before casting their ballot, a departure from the past when filling in an incident form would allow those who couldn’t be properly identified to gain an exemption to vote. In areas where card readers malfunction, voting will be suspended until they’re fixed. Results will also be electronically transmitted to collation centers, with hard copies displayed at polling units.

The electoral commission is conducting a week-long display of the voter register due to end Tuesday to give people the opportunity to confirm their names and make objections about its contents.

Not everyone is optimistic it will work. Abuses reared up again during the two recent state governorship elections in the southwestern states of Ekiti and Osun. Both were won by the ruling All Progressives Congress in controversial circumstances, with the Osun vote, in particular, deemed not credible by several independent monitor groups.

Even within Buhari’s APC, primaries to pick candidates for the national and state legislatures and governors were embroiled in squabbles over widespread allegations of malpractices.

For the national vote, other concerns range from doubts about the integrity of the computer systems, suspect neutrality of some electoral commission personnel, the role of the security forces and the use of thugs by rival parties.

The main opposition People’s Democratic Party has accused Buhari, who’s seeking a second term in a tight race against its candidate, Atiku Abubakar, of planning to rig the vote -- an allegation he strongly denies.

“The president has only one vote, governors have a vote each, just like anybody else,’’ Buhari, 75, told a visiting delegation from the United Nations and the African Union. “Let the people vote for whoever they choose, without their will being tampered with.’’

A day after the president’s assurances, a civic group known as Concerned Nigerians alleged that the electronic collation portal of the electoral commission, known as INEC, had been tampered with to make it possible for partisan officials to influence outcomes.

“On the contrary, the commission has been improving and strengthening its processes and procedures since 2015,’’ spokesman Rotimi Oyekanmi said in a statement.

Besides a good performance by the electoral commission and restraint by politicians in using money to buy influence and voters, the security forces could play a large role in deciding whether Nigeria can hold a free and fair vote.

Yet the Achilles heel of any electoral reforms may be the sheer desperation of its people. Almost half of Nigeria’s 190 million people live on $1.90 or less a day, according to the World Bank.

“It’s good measures are being put in to stop some of the outrageous instances of rigging,” said Gozie Agbakoba, who served two terms in the House of Representatives for the PDP from 2003 to 2011. “But stopping vote buying in a country where almost half of the population is living in extreme poverty is the harder one.”