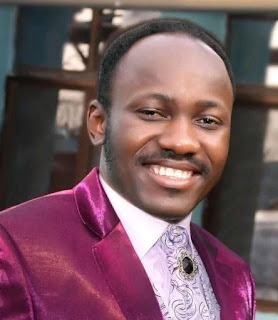 Johnson Suleman is a pastor and preacher from Nigeria who oversees Omega Fire Ministries. He's scheduled to speak in Calgary, Alta. on Sept. 18 and 19. Image via The Star Calgary

CALGARY, CANADA (THE STAR)—A Calgary church is calling on federal MP and minister of border security Bill Blair to take action over two upcoming sermons planned by what it calls a “homophobic” pastor from Nigeria.

“(Johnson) Suleman is the general overseer of Omega Fire Ministries in Nigeria and he is scheduled to preach in Calgary,” the letter states, penned by the leadership group at Calgary’s Hillhurst United Church.

A promotional poster online shows that Suleman is scheduled to speak at Calgary’s Magnolia Banquet Hall on Tuesday and Wednesday this week at 8 a.m. and 6 p.m. each day.

Murray says he and lead minister John Pentland first came to know about Suleman’s planned sermons by way of LGBTQ activists in Nigeria and from Toronto-based reverend Brent Hawkes, the long-time pastor of that city’s Metropolitan Community Church.

“In recent sermons in Nigeria, Suleman has preached that homosexuality is the result of having demons from the pit of hell inside of them and that people need to ‘kill the spirit of homosexuality in the name of Jesus,’” the Hillhurst letter states.

Neither Suleman nor a representative from the Calgary branch of Fire Omega Ministries could be reached for comment by StarMetro.

“We have refugees in our community who’ve fled Nigeria, who’ve had attempts made on their lives, incited by this kind of hate speech,” Murray said. “They’ve been granted asylum in Canada.”

Some of those members have been threatened with violence and death, Murray said, and “not just threats; actions too.” He said that “as an affirming church, we have to stand up to religious intolerance.”

Murray also pointed to section 319 of the Criminal Code, which governs hate speech.

“We cannot allow that type of religious violence to follow (refugees) here,” Murray said. “We need a firm boundary to say no, so ideally to have him stopped at the border or removed before he has a chance to speak is what we’re hoping for.”

A YouTube video posted online on Aug. 27 appears to show Suleman making homophobic and anti-gay remarks during a sermon.

Collins said that his unit and the police service is aware of Suleman’s Tuesday and Wednesday sermons and they have resources in place for those events, if needed.

“We’re aware that there’s a planned protest and we’ll allow that protest to occur,” he said. “If spontaneous events happen, then we’ll police those.”

If a complaint for Suleman’s sermons is launched, “we would look into it” and begin investigating how or if a Criminal Code violation occurred, he said.