Labor Groups Call For Probe Into Death Of Nigerian Man 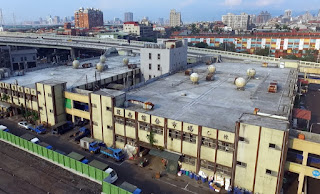 While the company denied having hired Ugochukwu, who had entered Taiwan in June on a one-month tourist visa, Chen said the association was told by a worker that the Nigerian had been working at the construction site.

The worker, who preferred to remain anonymous, added that the company might have tampered with evidence to evade responsibility, she said.

“Based on what we were told, Ugochukwu fell from the first basement level to the second basement level, but the company told police and labor inspection officials that he had fallen from the second floor to the first and that it happened in a stairwell.”

The association also alleged that the company might have deleted the security footage of the incident.

“As far as we know, immediately following the incident, Hwang Chang called the security company and did something with the footage. Later, police told me there was no footage of the incident,” she said.

Moreover, they suspected there might be more people working illegally for the company.

The Taipei Department of Labor should not only investigate the case, but ensure that the basic human rights of migrant workers and illegal immigrants are protected, she said.

“We want the truth about his death, so that he may rest in peace. He might have been an illegal immigrant, but he was also a human being. His body is now being handled like that of an unidentified person — left at the Taipei City Mortuary Services Office’s Second Funeral Parlor,” she said.

Hwang Chang issued a statement saying that Ugochukwu had entered the construction site by mistake and injured himself after slipping.

He died after being sent to a hospital, it said.

Ugochukwu was not an employee of Hwang Chang nor its partner firms, it said, adding that it will never illegally hire foreign workers.

The company will take full responsibility for the incident, it said, adding that it has contacted the Taipei Trade Office of the Federal Republic of Nigeria and other agencies, and will work on improving safety at its construction sites.

Asked if the company had tampered with evidence, a company representative said it has been working with police on the case and cannot comment while the investigation is ongoing.

After police have identified the cause of death, the Department of Labor will investigate whether Ugochukwu had been illegally employed and if there were issues of workplace safety involved, department Secretary Chang Chien-kuo said.
China News Desk Nigeria Society