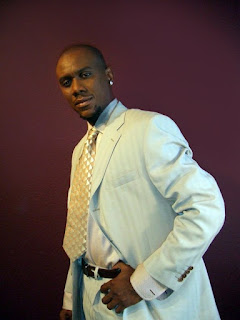 I am deeply saddened by the content of a recent news report alleging that I made some derogatory comments about women and men in the Nigerian Film Industry popularly known as Nollywood. In the light of this, and the outrage that followed, I have an urgent need to state the truth.

I arrived in Moscow on June 13th for a much-needed vacation and to support the Super Eagles of Nigeria at the ongoing world cup. Upon my arrival, a journalist friend of mine whom I’ve known for several years suggested that we sit down for an interview as he had been trying to schedule this for a while. He arrived at the venue with five of his colleagues from other media houses, and we sat down for lunch. The interview was centered mostly on football. After the interview, we all engaged in a light-hearted conversation about the changes in Nollywood. The conversation veered into how lots of producers and directors were taking advantage of young women in the industry, and at some point, I passionately berated some of them who have deliberately forced young women to compromise themselves for movie roles.

This statement was totally taken out of context and I was shocked to read the story stating that I allegedly called all successful women in Nollywood prostitutes, and their male counterparts homosexuals. I would like to state clearly here that I was misquoted and my comments were misconstrued to create a sensational story.

Women have for eternity, been the pillars of our society. They are strong, fierce and resilient and the growth of our beloved Nollywood would not have been possible without women. As a father, brother and friend to women, I do not and would never take women for granted, and I also have no problems whatsoever with anyone’s sexual orientation. Since the story was published, I’ve had the chance to explain this to some of my colleagues who have reached out to me privately, and I would forever be grateful to them for seeking the truth.

I express my unreserved apologies to everyone who felt offended by this story. I had no intention whatsoever to undermine anyone’s hard work, and I regret the way and manner this story was put across.

Most of the people I would call my friends in Nollywood are women and men whom I have a lot of respect and regard for. I have never taken advantage of anyone throughout my entire  career, and I strongly oppose it. This cause is even more dear to my heart as a father to a beautiful daughter whom I cherish dearly. What was supposed to be a call to stop exploiting women sexually ended up sounding otherwise.