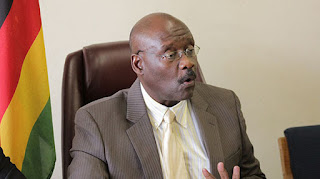 HARARE, ZIMBABWE (THE HERALD)--Government has legalised the production of cannabis (mbanje or dagga) for medicinal or scientific purposes. This was announced by Health and Child Care Minister Dr David Parirenyatwa in a Government Gazette yesterday under Statutory Instrument 62 of 2018 (Dangerous Drugs – Production of Cannabis for Medicinal and Scientific Use Regulations).

Producers of mbanje must be licensed by the minister.

“An application for the issue of a licence in terms of section 27 of the Act shall be made to the Minister, in duplicate and shall be accompanied by the appropriate fee and three copies of a plan of the site proposed to be licensed which shall comply with the requirement specified in these regulations.

“In case of an individual, proof of citizenship or proof of being ordinarily resident in Zimbabwe or proof of an exemption by the Minister (will be required),” reads the regulations.

The application for the licence must also provide a detailed description of the method that the applicant proposes to use for keeping records.

If an applicant intends to possess, produce, sell, provide, ship, deliver, transport or destroy cannabis at more than one site, a separate application must be submitted for each proposed site.
A licensed producer designate one authorised person in charge to have overall responsibility for management of the activities conducted by the licenced producer under their licence at their site who may, if appropriate, be licensed producer.

“One responsible person in charge to work at the licensed producer’s site and have responsibility for supervising the activities with respect to cannabis conducted by the licensed producer under their licence at that site and for ensuring that the activities comply with the Act and these regulations who may, if appropriate, be the authorised person in charge,” further reads the regulations.

The Minister shall refuse to issue, renew or amend a producer’s licence when certain requirements have not been met, among them failure by the producer to grant permission for inspection by relevant authorities; and when the Minister has reasonable grounds to believe that false or misleading information was submitted in, or false or falsified documents were submitted with the application.

Issuance of a licence would also be denied when information has been received from a peace officer, a competent authority or the United Nations that the applicant has been involved in the diversion of a controlled substance or precursor to an illicit market or use.

The Minister may not oblige if the issuance, renewal or amendment of the licence is likely to create a risk to public health, safety or security, including the risk of cannabis being diverted to an illicit market use.

The producer licence will be valid for five years and may be renewed thereafter before its expiry.
Over the years the production and use of marijuana has been illegal in the country and possession of the drug attracted sentences of up to 12 years in jail.
Africa Indian Hemp News Desk Society Zimbabwe