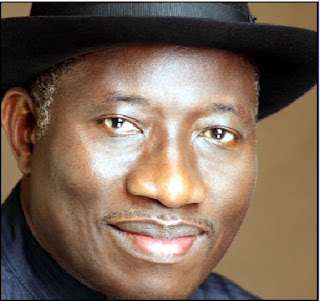 He said the report of the conference remained the solution to myriads of agitations, protests, killings, provocations and clamour for reforms in the country.

The former President insisted at the rally which was held at the Ox- Bow Lake Pavilion, Yenagoa, Bayelsa State capital, that the implementation of the confab report was the only way out for Nigeria.

Jonathan, whose address was read by Senator Nimi Barigha Amange, said: “Nigerians had to dialogue in order to avoid the opposite action which could bring about destruction to lives and property and the very thing that holds us together as members of the Nigeria federation.”

The ex- President said he took the decision to convene the confab as a response to the yearnings of Nigerians for reforms to make the Nigeria federation work.

He added: “In convening the national conference, I had my mind trained on establishing a polity that would work for our people and further unite our country. I mean the system that would close the gaps along tribal, ethnic and religious lines.

“Until Nigeria comes up with an acceptable way of running the country, there is every likelihood that our nation would continue to witness agitations and protests from groups and ethnic nationalities that believe rightly or wrongly that they have been handed the short end of the stick.

“The goal of the 500 member conference made up of young and old; diverse people from all walks of life as true representative of different interest group in our country was thoroughly and fully discussed and agreed on every issue that has for long agitated the minds of Nigerians on how best to run the federation.

“This they did to the best of their abilities and to the satisfaction of most stakeholders as decisions were uniquely reached by consensus. Recent agitations, clamour and proffer of solutions have not radically departed from those findings.”
Buhari Goodluck Jonathan News Desk Nigeria Sovereign National Conference
Reactions: