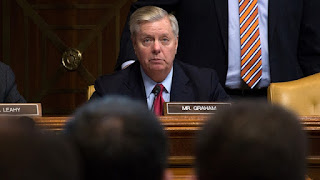 Sens. Lindsey Graham (R-S.C.) and Sheldon Whitehouse (D-R.I.) are requesting the Justice Department and FBI hand over any potential application for a warrant to wiretap the Trump campaign.

"We request that the Department of Justice provide us copies of any warrant applications and court orders ... related to wiretaps of President Trump, the Trump Campaign, or Trump Tower," the two senators wrote in a letter to Dana Boente, the acting deputy attorney general, and FBI Director James Comey.

The request comes after President Trump claimed on Saturday, without offering any evidence, that former President Barack Obama had ordered a wiretap on his campaign.
The senators added that once they are able to review a warrant request or any potential court orders they would "proceed as appropriate with the oversight the President has requested.”


The letter comes after Graham told reporters earlier this week that the Judiciary subcommittee that he oversees with Whitehouse would dig into Trump's claim that the Obama administration wiretapped him ahead of the election.

Trump appeared to catch top lawmakers off guard over the weekend when he tweeted that his predecessor "had my 'wires tapped.'"

“Terrible! Just found out that Obama had my ‘wires tapped’ in Trump Tower just before the victory. Nothing found. This is McCarthyism!” he wrote.

The two senators added in their letter that, if Trump's claim is true, they would "take any abuse of wiretapping authorities for political purposes very seriously."

"We would be equally alarmed to learn that a court found enough evidence of criminal activity or contact with a foreign power to legally authorize a wiretap of President Trump, the Trump Campaign, or Trump Tower," they wrote.

Trump aides have called on Congress to investigate if the Obama administration wiretapped the Trump campaign as part of a larger probe into Russia and the 2016 election.


The Senate and House Intelligence Committees are separately conducting an investigation into allegations that Moscow meddled in the White House race to help Trump, including any contacts between his campaign and Russia.

But Graham and Whitehouse argued that the oversight for the potential wiretaps falls under their subcommittee on crime and terrorism.
Donald Trump News Desk Politics Society United States
Reactions: 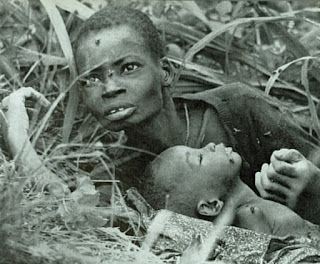