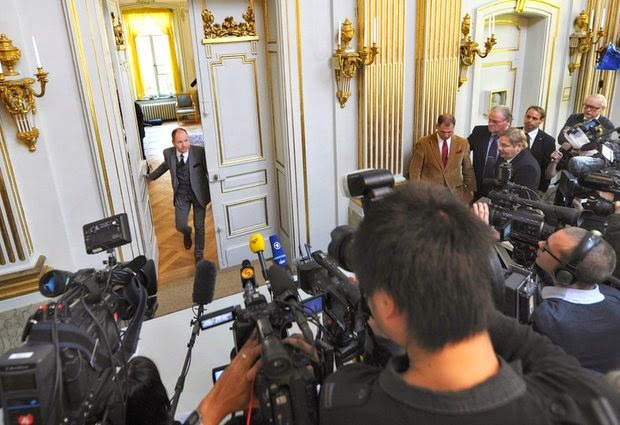 STOCKHOLM (ASSOCIATED PRESS) — It's soon time for the highbrow culture event of the year: the Nobel Prize in literature. But don't worry if you are left scratching your head when the winner is announced.

While the Swedish Academy sometimes picks well-known authors long lauded by critics, just as frequently it surprises the world with unknowns plucked from obscurity. The secretive academy drops no hints on who they are considering but Permanent Secretary Peter Englund said this year's long-list started with 210 nominees, including 36 first-timers.

The academy is expected to announce the winner on Thursday, but has not yet confirmed the date. Here's a look at the potential surprises and the old-time favorites:

Even literary critics were taken aback by announcements of winners such as Austria's Elfriede Jelinek in 2004, who was largely unknown outside the German-speaking world at the time, French writer Jean-Marie Gustave Le Clezio in 2008 and Chinese novelist Mo Yan in 2012.

Part of the reason for this is that the academy aims to include literature from all the world's corners in their considerations, even those not widely translated into English. They also seek to award poets, playwrights and other types of writers. Who could surprise this year? Check out: Norwegian playwright Jon Fosse, Belarusian investigative journalist and author Svetlana Alexievich or Croatian novelist and essayist Dubravka Ugresic. Other writers that may have caught the attention of the academy are Finnish author Sofi Oksanen, Nigerian writer Chimamanda Ngozi Adichie and Jamaica Kincaid of Antigua, according to Maria Schottenius, a critic at Swedish daily Dagens Nyheter.

The academy works off of a constantly evolving list of candidates, and sometimes a big name resurfaces again and again. While some may have been overlooked early in their careers, widely known authors such as Britain's Doris Lessing, Peru's Mario Vargas Llosa and Canada's Alice Munro eventually did walk off with the coveted prize. Among the frequently mentioned candidates who are still waiting are: Czech author Milan Kundera, Albanian writer Ismail Kadare, Algerian novelist Assia Djebar and South Korean poet Ko Un. Swedish literature critics have also suggested Israeli writers Amos Oz and David Grossman, as well as Americans Richard Ford and Philip Roth.

Kenyan writer Ngugi wa Thiong'o and Japanese author Haruki Murakami frequently top bettors' lists ahead of the announcement. While Thiong'o may indeed be a strong candidate, Murakami's position in the rankings is probably more a reflection of the fact that he is widely read, says Elise Karlsson, a critic at Swedish daily Svenska Dagbladet. Although the academy has stepped up efforts to prevent leaks before the announcement, the winner is still sometimes among those getting the most attention by bettors.

On Saturday, Murakami was the favorite to win at betting firm Ladbrokes, followed by Djebar, Kadare and Syrian-born poet Adonis, pen name for Ali Ahmed Said.