Hate Crimes Are Higher In LA County Than They Have Been In 19 years: Report 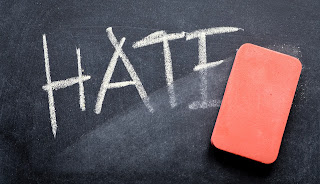 LOS ANGELES (CBS NEWS) -- A new alarming report shows that hate crimes in 2021 reached the highest level in 19 years, according to the Los Angles County Commission on Human Relations.

"The rise in hate crimes across Los Angeles County is deeply distressing. Our most vulnerable neighbors are facing enough challenges, and now have to worry about a greater risk of being attacked or harassed because of who they are. That is unacceptable," said Fourth District Supervisor Janice Hahn, Chair of the Board of Supervisors.

The data showed the black community was the most frequent target of reported hate crimes in the county that year. Anti-Asian hate crimes reached the highest levels ever in the area.

"The year 2021 began with a violent assault on the U.S. Capitol, led in part by white nationalist groups," said Robin Toma, the Commission's Executive Director. "The shocking revolt was evidence of not only growing political polarization, but a country deeply divided along lines of race, religion, sexual orientation, and gender. Against this backdrop, hate crimes across the nation, including L.A. County, skyrocketed in 2021."

The largest number of hate crimes took place in the Metro Service Planning Area, which stretches from West Hollywood to Boyle Heights. The San Fernando Valley region had the second-highest numbers in the county, according to the data.

The report's significant findings include the following:

• Sexual orientation attacks grew 15% from 124 to 142 and made up 17% of all hate crimes. Eighty-five percent of these crimes targeted gay men.

• Religious-motivated offenses spiked 29% from 86 to 111 and made up 14% of all hate crimes. The Jewish community was targeted in 74% of these cases.

In response to the rise in hate, the LA County Board of Supervisors directed LACCHR to build a campaign to prevent and respond to acts of hate in the County, which resulted in the LA vs Hate initiative.

The initiative has three components: a community-driven marketing campaign to encourage residents and organizations to unite against and report acts of hate; the first government hotline (via 211) for reporting all acts of hate - both incidents and crimes - and providing free assistance to all victims; and a network of community agencies that provide rapid response, support, healing, advocacy, and hate prevention services.