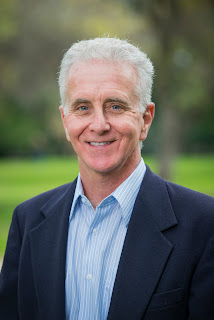 LOS ANGELES (LARCHONT CHRONICLE) -- Los Angeles City Councilmember Paul Krekorian, from just over the Cahuenga Pass in the San Fernando Valley, issued a Tweet about the disturbance in City Council chambers on August 9. His challenge to all people running for public office this autumn (such as candidate for City Controller, Kenneth Mejia, who Krekorian cites) is an appropriate line of inquiry, and candidates should let us voters know where they stand. Herewith, Mr. Krekorian’s August 9 Tweet:

“In yet another attack on constitutional democracy, for the second time in a week, a small mob of extremists today again shut down a public meeting of the City Council. In the process, they breached a security barrier, physically threatened the Council, and attacked police officers. One of them was arrested two feet from my desk.

“At least one candidate for city office, Kenneth Mejia, was present and had been urging the protesters on from the front rows. After the mob was ordered to disperse and the Council chambers were cleared, Mejia didn’t call for deescalation or denounce the threats and the attacks. Instead, he bragged about being part of the protest and used it to raise money for his campaign. Mejia apparently stands in solidarity with those who commit crimes and attack law enforcement when they can’t get what they want through the legislative process.

“There can never be any excuse or rationalization for this kind of anarchic lawlessness. The people of our nation cannot tolerate raging extremists entering public buildings and threatening public officials with the intent to shut down government, no matter what their viewpoints may be.

“Every Angeleno should be outraged by what happened today in their City Hall. Anyone who seeks to be a leader in this city must actively denounce this kind of nonsense in clear and unambiguous terms. Every candidate for city office must let the people know right now — do they support orderly government and dialogue, or do they support anarchy and bedlam? Will they find ways to bring us together, or will they encourage those who would tear down our government? Community leaders, elected officials and candidates for office, as well as legitimate media sources, must speak with one voice in rejecting attempts by misguided mobs to steal the democratic process, whether it is at Capitol Hill, the Michigan statehouse, or Los Angeles City Hall.”
Democracy Essay Los Angeles News Desk