Suggestions Roll In To Rename Monkeypox 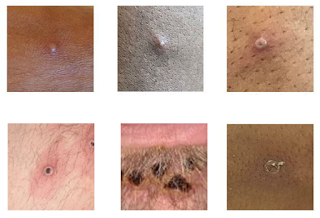 "Humanpox," "lymphpox and "mpox" are among suggestions submitted to the World Health Organization after the agency on Aug. 12 said it was accepting proposals to rename monkeypox in an effort to reduce stigma and align with current best practices for naming diseases.

Calls to rename the monkeypox coincided with the start of the current global outbreak, with critics saying the name fuels stigma toward primates and regions in Africa where the disease is endemic. There have also been reports of monkeys being harmed, despite the current outbreak being driven by person-to-person transmission.

The virus was named after being first identified in laboratory monkeys in 1958, prior to the adoption of best practices for naming diseases and viruses, the WHO said. Monkeypox was largely confined to Africa before the current outbreak, with the first infection in a human reported in 1970. Today's outbreak, however, has no clear link to Africa. Despite its name, the original source of the disease is not known and other species, mostly rodents, can also carry the disease.

"Current best practice is that newly-identified viruses, related disease and virus variants should be given names with the aim to avoid causing offense to any cultural, social, national, regional, professional or ethnic groups, and minimize any negative impact on trade, travel, tourism or animal welfare," the WHO said.

Already, the WHO has renamed two variants, or clades, of the virus using Roman numerals, doing away with referring to them by the geographic region where they were known to circulate. The clade formerly known as Congo Basin is now clade I and the West African clade is now clade II. And in California, health officials are now referring to monkeypox as "mpox" or "MPX," local NBC affiliate KCRA reported Aug. 20.

The name is among proposals submitted to the WHO's International Classification of Diseases website. Jeremy Faust, MD, an emergency medicine physician at Boston-based Brigham and Women's Hospital, submitted a proposal to call the disease "orthopoxvirus disease 2022" or "OPOXID-22" for short.

"OPOXID-22 is easy to pronounce and reflects what we know about this virus," Dr. Faust wrote in his proposal. "Additionally, it removes 'monkey' from the name, which is likely to not be the animal reservoir for this disease. Additionally, it is specific enough to be distinguishable from other future diseases, both zoonotic or otherwise."

"Grey pox" and "doloropox" are among the other suggestions proposed. A WHO committee will consider the proposals and ultimately vote on a new name, though a timeline is unclear.
SOURCE: BECKER'S HOSPITAL REVIEW
Africa Essay Monkeypox