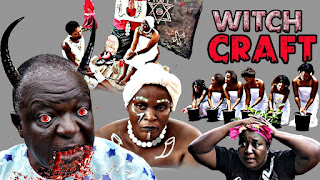 NSUKKA, ENUGU STATE (THE GUARDIAN)--In spite of prayers and protest against a conference on witchcraft at the University of Nigeria, Nsuka (UNN), the B.I.C Ijomah Centre for Policy and Research, UNN, commenced the programme on Tuesday, November 26.

The event which began on Tuesday will end Thursday, November 28.

One of the lead paper presenters, Prof. Damian Opata gave a paper entitled: “The wealthy are no witches: Towards an epistemology and ideology of witchcraft among the Igbo of Nigeria”.

Other topics in the conference include “Security and Witchcrafts in the Traditional beliefs and practices of the Kaliba (Huba) Community in Nothern Nigeria. C 1500 – 1992” by Samuel Wycliff; “The position of the law in respect of witchcraft in Nigeria: An exposition” by Okunowo Olaitan Oladele and Alake Adeleke; “Theology and Witchcraft” by Asadu Ngozi and Ihuoma Chizoba and “Witchcraft and the law: The Nigerian perspective” by Okichie Ebelechukwu Lawretta.

Prior to this, the Pentecostal Fellowship of Nigeria (PFN) declared a two-day “prayer of warfare” against the conference.

Enugu PFN chairman Godwin Madualso in a statement called for the cancellation of the conference which he described as “sponsoring evil”.

“So, all Christians should, without further delay, call on the God of Abraham, Isaac, Jacob and the awesome God of David to fight for his name,” Madualso said.

Some students of the University also protested against the conference, saying it was “works of agents of darkness.”

Some of the posters bared placards with writings, saying “UNN belongs to Jesus”, “Witches and Wizard, No vacancy!” “Say no to the meeting of Witches and Wizard’, “We are a Christian community”; “Don’t pollute our environment”.

But organisers of the conference said it was a mere academic exercise “to interrogate the various things people think is witchcraft,” and not a “gathering of witches” as is being alleged.
Newsroom Nigeria The Guardian Witchcraft