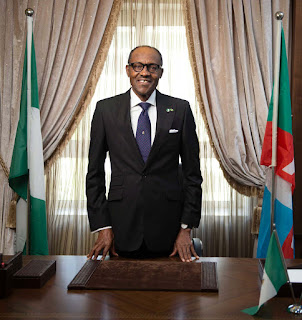 ABUJA, Oct 9 (REUTERS) - Nigeria’s government may drive up inflation when it increases a sales tax to partly finance its record 2020 budget and implements a new minimum wage, the International Monetary Fund (IMF) warned.

The country, Africa’s top oil producer and the continent’s largest economy, is faced with the choice of boosting growth in the face of lower oil revenues or fixing its dilapidated road and rail networks, while paying off debts and funding the higher minimum wage.

President Muhammadu Buhari on Tuesday presented a record 10.33 trillion-naira ($33.8 billion) budget for 2020 to lawmakers as he aimed to spur growth at the start of his second term in office.

“Inflation will likely pick up in 2020 following rising minimum wages and a higher VAT rate, despite a tight monetary policy,” the IMF said in a statement late on Tuesday. “The outlook under current policies remains challenging.”

Inflation, which has fallen steadily since May, dropped to a 3-1/2 year low in August on lower food prices, increasing the chances of an interest rate cut. However, the central bank has kept rates tight to support the naira.

The price index peaked at 18.7 percent in January last year, and has been in double digits for three years, outside a central bank’s target of 6-9%. The bank has said it would maintain its tight stance in 2019, and sees inflation at 11.31 percent, rising to 12 percent this year before moderating.

The budget unveiled on Tuesday tops the previous record spending plan, which was the 9.12 trillion-naira budget for 2018.

Buhari’s government has repeatedly rolled out record spending plans but struggled to fund them due to lower oil output and an inability to boost non-oil exports. This has kept the government dependent on expensive borrowing, the IMF said.

“Over-optimistic revenue projections have led to higher financing needs than initially envisaged, resulting in over-reliance on the expensive borrowing from the central bank to finance the deficit,” the Fund said.

The IMF said Nigeria’s economy was recovering, albeit slowly after a 2016 recession, with its dollar buffers declining due to rising capital flight. It said bigger deficits make monetary policy complex owing to the government’s reliance on central bank for funding.

Economic growth slowed to 1.94% in the three months to the end of June, the second quarter in a row to see deceleration. The Fund said growth could pick up this year to 2.3% on the back of a good harvest and as the oil sector recovery continues. ($1 = 306.0000 naira) (Additional reporting and writing by Chijioke Ohuocha in Lagos; Editing by Alexis Akwagyiram and Alex Richardson)
Abuja Buhari Newsroom Reuters