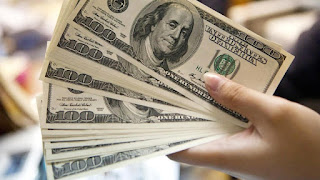 The Debt Management Office (DMO) has disclosed that the Federal Government spent $357.26 million servicing external debt in the first quarter of 2019.

DMO data showed a total of $210.76 million was spent servicing commercial loans in the first quarter, accounting for 58.99 percent of the total cost incurred.

The commercial loans include Eurobonds with maturity ranging from 2018 to 2038.

while another $79.4 million or 22.22 percent was spent servicing multilateral external loans.

The remaining $67.1 million was spent on bilateral loans such as the one from the Export-Import Bank of China used in funding the Nigerian Communications Satellite project and the Nigeria National Public Security Communications Systems project.

Nigeria’s rising debt amid huge cost of debt servicing remained a source of concern despite the government saying Nigeria’s debt-to-GDP ratio is one of the lowest at slightly above 19 percent.

However, the ratio of ‘debt servicing cost’ to budget remained an issue at 25.59 percent.

The Federal Government had budgeted N2.26 trillion for debt servicing in the approved 2019 budget (N8.83 trillion), a 12.44 percent higher than the N2.01 trillion allocated in 2018. While revenue generation was estimated to increase by just 0.1 percent in 2019, suggesting that even though loans and cost of debt servicing continued to rise, the very reason for those loans — to up revenue generation and increase economic growth — remains weak or at a ground level.

It should also be noted that the larger part of the remaining amount is to be spent on recurrent expenditure with just about N2 trillion appropriated for capital expenditure in the current fiscal year.

Also, the inability to enhance revenue generation substantially means the Federal Government, like last year, may not fully implement the 2019 budget. Leaving projects uncompleted with a carried over recurrent expenditure for the 2020 fiscal year.