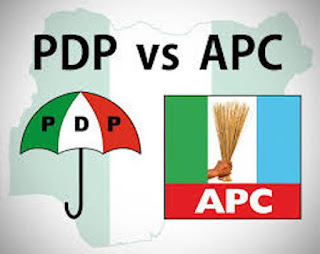 The Peoples Democratic Party (PDP) said the closure of a Pro All Progressives Congress (APC) and President Muhammadu Buhari Facebook account for engaging in “coordinated inauthentic behavior” by an Israeli social media company further exposed them as schemers and real enemies of Nigeria democracy.

PDP in a statement issued by its national publicity secretary, Kola Ologbondiyan Sunday noted that “The revelation exposes the APC as a fraudulent and violent-loving party, whose divisive activities are now directly threatening the security stability of our nation.

The statement reads in parts: “Our party notes that there are more damning revelations against the APC, not only on its rigging of the general election, but also on how it is working against our nation, which will come to light at the appropriate time.

“The APC, which engaged in manipulation to foist itself, will do anything, no matter how vile, to sustain itself in office, not minding the social, economic and collateral damages such could cause our dear nation.

“It is however, to say the least, despicable that in their desperation to hold on to power at all costs, President Buhari’s handlers and the APC engaged in this sneaky disinformation, internet lies and smear campaigns against PDP Presidential candidate, Atiku Abubakar.

“It is also unpardonable that instead of owning up, the Federal Government and the APC, through the Minister of Information and Culture, Lai Mohammed, are seeking to cover their tracks and divert public attention from their devious acts by making unsubstantiated security allegations against our party and Atiku Abubakar.

“The Facebook revelation exposes how President Buhari, in his claimed integrity, allowed the enlisting of criminals, hackers and internet fraudsters in the desperate attempt to manipulate the views of Nigerians against Atiku Abubakar; a scheme which failed as Nigerians had already made up their minds to do away with the incompetent, deceptive, vindictive and corrupt APC administration”.

PDP also alleged that, “APC has now commenced a renewed plot to engage in fabricated security accusations against the PDP and our Presidential candidate in another desperate stunt to play the victim and divert attention from its endless election manipulations, all in the ill-fated attempt to demonize the PDP, hoodwink Nigerians and confer legitimacy on the outcome of the rigged election”.