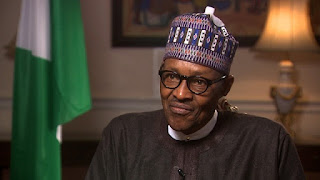 The appointments of top civil servant Babachir Lawal and Ayo Oke, director-general of the National Intelligence Agency, were terminated in October 2017, six months after they were suspended by the government.

According to a charge sheet seen by AFP, the Economic and Financial Crimes Commission accuses Lawal of “fraudulent acquisition of property” and for conspiring to influence the awarding of contracts to private companies in which he has an interest.

The EFCC said Lawal would be arraigned in an Abuja court next week, while Oke would be in a Lagos court on Friday.

Lawal, who as Secretary to the Government of the Federation was Nigeria’s most senior public official, is accused of a contract scam for rebuilding the conflict-scarred northeast.

Lawal, an engineer with experience in telecoms, was appointed to the post in August 2015.

He is alleged to have awarded deals for reconstruction in areas hit by Boko Haram’s Islamist insurgency to companies in which he had a personal interest.

Oke was removed from his post after the discovery of some $43 million (37 million euros) in cash at a private residence in an upscale area of the commercial hub of Lagos.

The money, claimed by the NIA, has been forfeited to the federal government through a court order.

Buhari, who was elected in 2015 on a promise to tackle corruption, has come under fire for targeting political opponents.

But the main opposition Peoples Democratic Party (PDP) has accused him of a witch-hunt, as the overwhelming majority of those arrested and charged are PDP supporters or former ministers.

The Lawal and Oke cases are seen as a litmus test of Buhari’s commitment to prosecuting graft, regardless of political allegiances.

Buhari, 76, a retired general who headed a military government in the early 1980s, is seeking a second term in Nigeria’s February 16 vote.