Men bid on women at a slave market in Delos. During the Roman Slave Trade, Slave Traders who plied their trade in the Slave Markets and Slave Auctions across the Empire were called Mangones or Venalitii. The rich men who invested in slaves had a high social standing but the actual Roman slave traders who operated in the slave markets were viewed with some distrust, even likened to pimps. As their honesty was often questioned slave traders had to guarantee that the slaves they were selling were sound and that any faults were pointed out - the slave trade had to gain the confidence of the buyers to ensure the success of the business. Creator: Herbert M. Herget, 1946. A National Geographic Society Vintage Collection 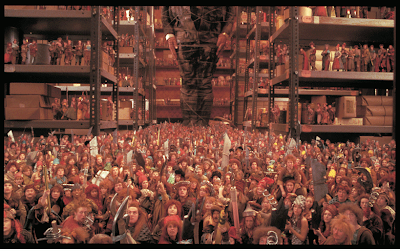